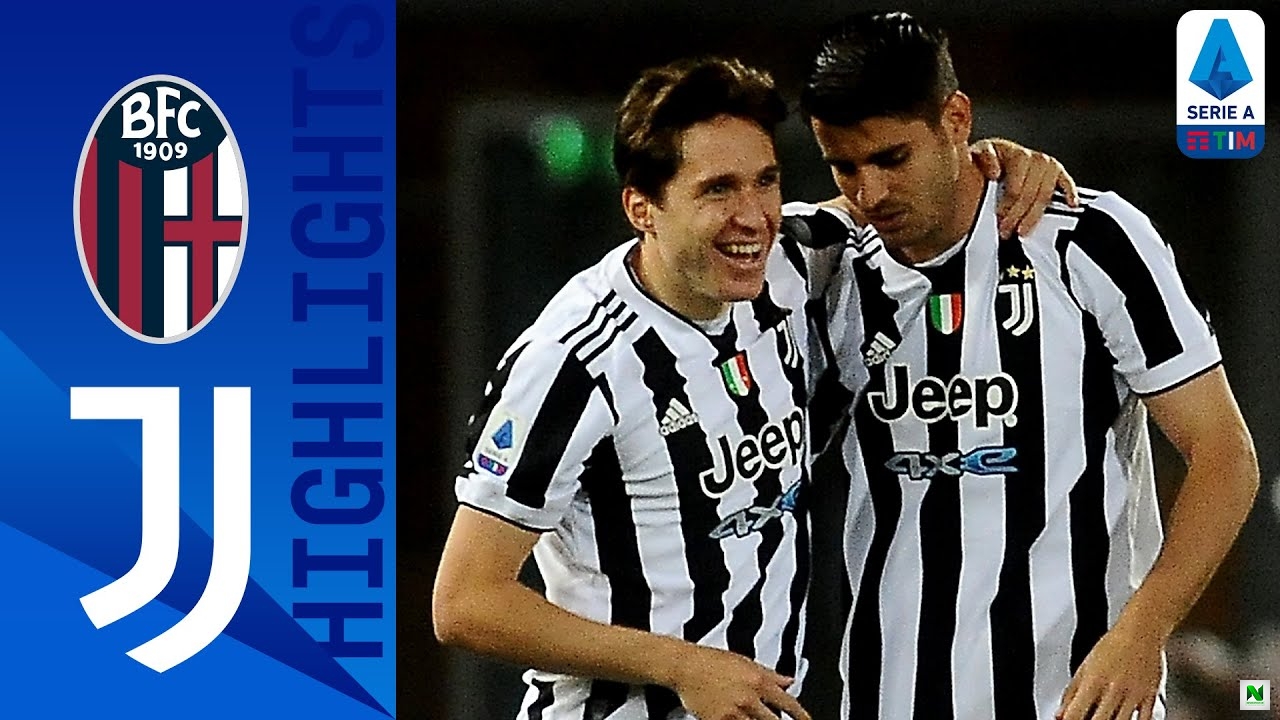 Juventus secured their place in next seasons Champions League with a final-day victory over Bologna in Serie A.

Andrea Pirlos side began the day fifth but took advantage of Napolis 1-1 draw with Verona to finish fourth.

Juve cruised into a 3-0 half-time lead through goals by Federico Chiesa, Alvaro Morata and Adrien Rabiot.

Spaniard Morata scored his second shortly after the restart, before Riccardo Orsolini grabbed a late consolation for the hosts.

Elsewhere, AC Milan beat Atalanta - who had already sealed a top-four finish - to finish above their opponents in second place and book their Champions League spot.

Juventus, Italian champions for the past nine years, faced the prospect of a first season without Champions League football since 2011-12.

They never looked at risk of dropping points after Chiesas sixth-minute opener - which arrived after Rabiots shot rebounded off the crossbar - and Moratas header from Paulo Dybalas pass after 29 minutes put the visitors in control.

Rabiot added a third before half-time with a low finish from Dejan Kulusevskis pass to effectively end the contest, before Morata produced a sublime touch before slotting in to make it 4-0 in the second half.

After Amir Rrahmanis 60th-minute strike for Napoli, Davide Faraoni equalised for Verona to send Gennaro Gattusos side into the Europa League.

Franck Kessie scored a penalty at the end of both the first and second half to seal victory for AC Milan, who had not competed in the Champions League since 2013-14.

They finish 12 points behind champions Inter Milan, who celebrated their Serie A title with a 5-1 win over Udinese.