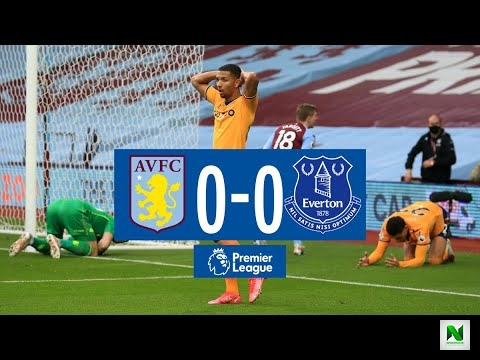 Evertons hopes of finishing in the Premier Leagues European places suffered a blow as they played out a goalless draw at Aston Villa.

Subdued for long periods of the first half, Everton improved after the break, with Ben Godfrey drawing a save from home goalkeeper Emiliano Martinez from Gylfi Sigurdssons free-kick.

Andre Gomes wastefully lashed a left-footed effort over the bar as the visitors chased a winner but Martinez was rarely called upon, with Dominic Calvert-Lewins late header his only other save of note.

The result leaves Carlo Ancelottis side eight points adrift of Chelsea in fourth, with West Ham, Liverpool and Tottenham all better placed to qualify for Europe.

Villa, who welcomed captain Jack Grealish back from injury as a second-half substitute, remain 11th in the table.