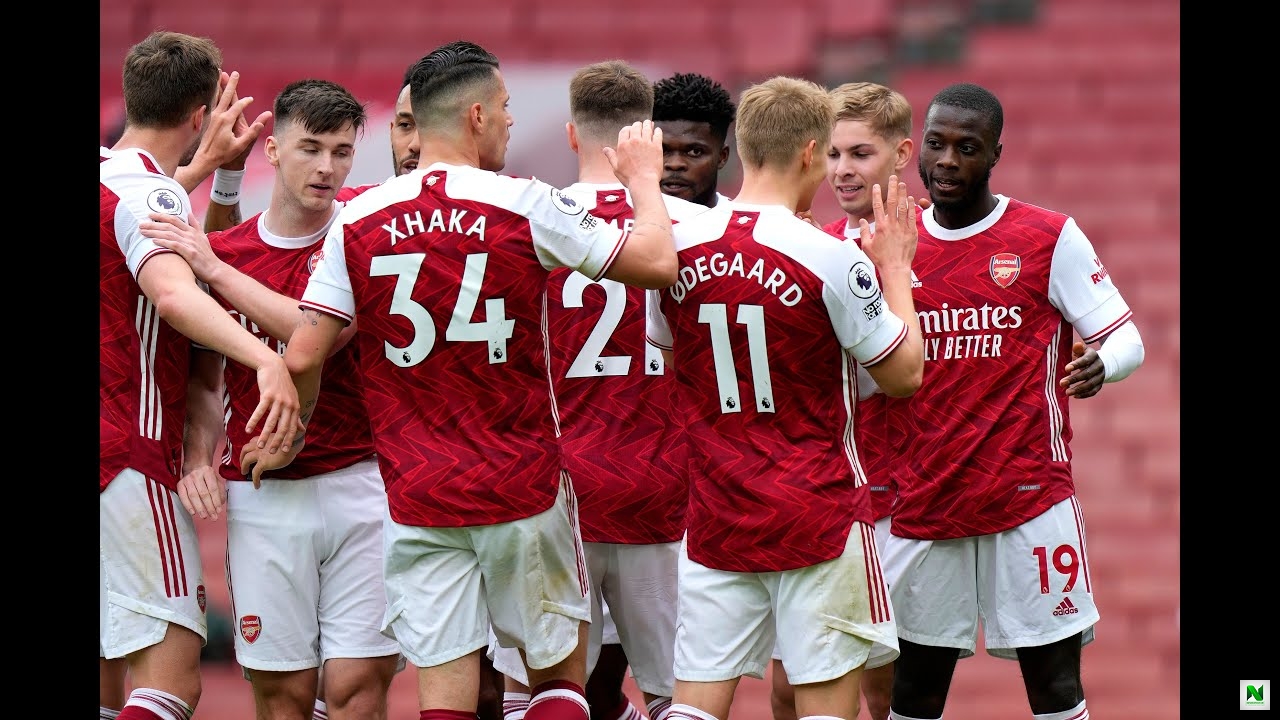 Nicolas Pepe scored twice in the second half as Arsenal beat Brighton, only to be denied a place in Europe by Tottenhams fightback against Leicester.

A strong finish to the season moved the Gunners within a point of their north London rivals heading into the final day, and with Arsenal cruising after Pepes double, they were set to snatch seventh place from Spurs.

Despite finishing the season with a fifth straight win, Arsenal were condemned to an eighth-placed finish as Tottenham clinched a 4-2 victory at the King Power Stadium.

That result ends the Gunners record of playing in Europe every season since 1995-96 and means they have not finished above Tottenham since 2016.

Arsenal director Josh Kroenke, son of owner Stan, was in attendance and some of the 10,000 fans returning to Emirates Stadium held banners that read Kroenke out, with the clubs involvement in the abandoned European Super League having intensified ill-feeling towards the board.

Fans also voiced their disapproval during the game and as news of Tottenhams win filtered through after the final whistle, a cruel blow after Arsenal thought they had salvaged something from what has been a lacklustre season.