Roman Abramovich Has Dished Out £112.5M In Compensation To Sacked Chelsea Bosses
By 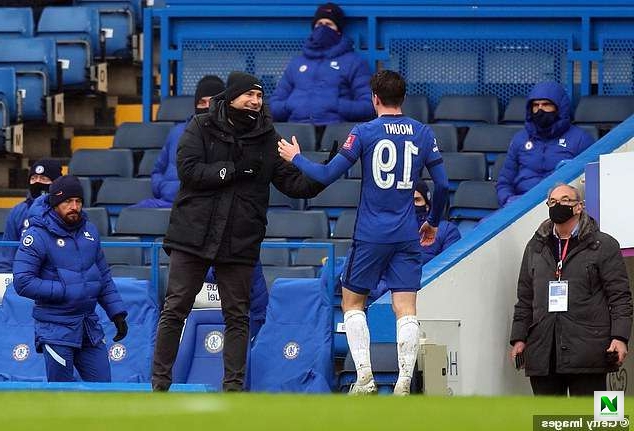 Frank Lampard was railroaded as surely as the trains which still rumble along the old tracks behind the main stand at Stamford Bridge.

The German era was already dawning on Chelsea. At another hefty price.

Roman Abramovich does not sack managers with quite the frequency of that rusty stretch of the London Overground but the costs of keeping his unwanted livestock rolling out has to be just as expensive.

Even though the Kings Roads favourite son goes for a bargain handshake.

Because the club had not yet triggered his new contract extension beyond the remaining six months of his old deal, Lampard collects £2million compensation rather than a projected £6million. Oh, well.

Only Rafa Benitez and Guus Hiddink, who were out of contract and cost Roman sweet nothing, went cheaper, while Maurizio Sarris Juventus exit brought the club a little compensation that might soften the blow of all their expensive exits. The next lowest handshake was afforded to Avram Grant - remember him? - at a trifling £5.2m.

Jose Mourinho and Antonio Conte topped out at more than £20m each, with the Italians personal £9m cheque boosted to a one-bullet record of £26.6m by the removal of his huge backroom staff plus the legal bills. Jose edges him overall, however, with another £8.3m from the second of his two golden goodbyes.

Abramovichs run-em-out-of-town total for a dozen dismissals now stands at an eye-watering £112.5m.

Not that Chelsea are alone by any means in this hefty reckoning. Most of the major clubs have made significant contributions to the hundreds and hundreds of millions expended on unwanted managers.

Nice work if you can get out of it.

Nor are masses of Chelsea fans protesting in the streets in support of their Frank. Any more than have complained about all that lolly being spent on quick-fire P45s instead of even more over-valued footballers.

They know that the real reason their club is now among footballs elite is Abramovich, not the managers.

Without their Russian owners enormous wealth and willingness to invest Chelsea would still be fidgeting around the edges of glory, at best. Fighting relegation, maybe. His cheque is the reality.
And ruthlessly though he exercises his dictatorship, he usually pays the price with honour. To the best of our knowledge, with the exception of the rancorous dispute with the feisty and impertinent Conte, he has met those divorce settlements without demur.

Lampard will be feeling, not without reason, that he was not given time to fully develop the youthful potential of his Chelsea team; an opportunity he deserved after the early success of his brief 18-month tenure. But for Abramovich a slump is a slump if it looks to be sinking into failure to qualify for the Champions League and out of Premier League title contention.

At least the financial extravagances of modern football spare Lampard the fate of near-poverty which beset so many sacked managers until not that many seasons ago.

Bill Nicholson, the greatest Tottenham manager, ended his days still living in the terraced house round the corner from White Hart Lane.

Malcom Allison, who along with Joe Mercer first brought Manchester City out of Uniteds shadows to the league championship, was destitute and living in a rent-free room above a pub when he died.

Bryan Robson, Captain Marvel for Manchester United and England who did sterling work as boss at Middlesbrough, augments his living now as a glad-handing ambassador at Old Trafford. Others of his generation, albeit less distinguished, are faring far worse and reliant on hand-outs.

Of course, it is horrible for anyone to be thrown out of work and sadly millions more normal working folk are being forced onto the dole even as you read this, through no fault of their own. But top football managers have the deepest of silk cushions on which to fall back.

Yes, their self-esteem and perhaps their self-confidence will be dented, but not the lifestyle of themselves and their families.

Lampard will be wounded now. No least because it seems he has become a victim of what used to be called Player Power, when he was starting out as a young footballer.
That force is all the more potent now, strengthened though it is by those hugely excessive salaries, and appears to be have manifested itself as part of this managers undoing.

Had Lampard been given just a little longer in this hot-seat, he might have rooted out the back-stabbers under the Bridge. Might have come to the realisation which guided Sir Alex Ferguson when it came to transfers and he expressed thus: 'My first priority in looking for a player no matter how good his ability was his self motivation. That burning desire to win.'

Those who pulled the rug from under Chelseas living legend might reflect upon whether Fergie would ever have signed them. I think not.

With Bundesliga stars already arrived at the nearest station and in waiting for German manager Thomas Tuchel, young Frank was railroaded alright.

But while his pride is hurt, his reputation and standing in the game are undiminished. Like Arnold Shchwarzenegger, he'll be back. None the poorer.

And next time, Mr Abramovich, put me one months notice and I can make a mess of it with the best of them.