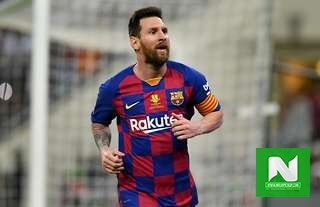 Leo Messi’s half-time speech to Barcelona teammates on Saturday night had a positive impact on their victory against Napoli.

Barcelona defeated Napoli 3-1 to ease into the Champions League quarterfinals.

Given that they had a two-goal advantage at the midway point, Messi urged his teammates to remain calm while maintaining focus.

“Let’s not be stupid here,” he was heard shouting in footage captured from the tunnel as the players prepared to come out for the second half.

“We have a two-goal advantage, so calm now.