Why It Will Be Difficult To Arrest Sunday Igboho – Falana
By 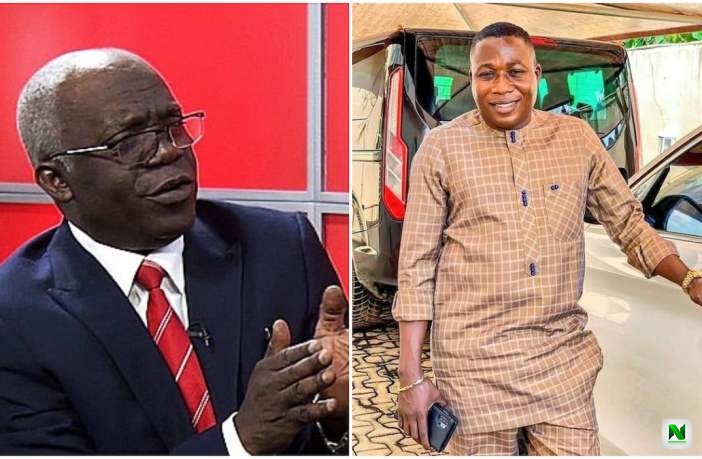 Senior Advocate of Nigeria, Femi Falana has said it will be difficult and inequitable to arrest the popular Yoruba activist, Sunday Igboho for asking Fulani herdsmen to vacate Igangan, Ibarapa area of Oyo State.

Falana, while featuring on a Channels television programme on Friday morning said the failure of the Federal Government to take actions when some Northern Governors repatriated Almajiris back to their home states shows that the issue of security in Nigeria is being politicized.

According to him, nobody has the right to issue quit notice to any Nigerian living in any part of the country.

However, the human rights lawyer recalled that the government at the centre did not deem it necessary to arrest a Northerner who once asked Igbos living in the North to quit, saying, “it is going to be difficult and inequitable to go for Sunday Igboho.”

He advised that the Oyo State Government should be allowed to handle the security situation in the state within the ambit of the law.

He spoke further that President Muhammadu Buhari has just said he’s not going to politicize the issue of security. But the security situation in this country is already politicized. We do not have the same standard. That’s why we run into problems.

When governors, recently in some states in the North, forcefully removed Almajiris and deported them back to their States of Origin, nobody protested on their behalf.

DAILY POST recalls that, at the onset of the COVID-19 pandemic, some governors in the North evacuated the street children known as Almajiris back to their home states.