Reps Bill Empowers NBC To Decide Tariffs For DSTV, Others
By 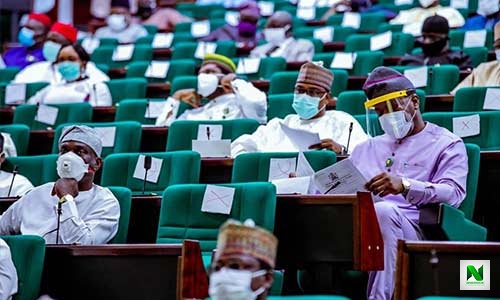 A proposed law to give the Nigerian Broadcasting Commission the sole power to decide the per-view cost for Digital Satellite Television Services, DSTV and other Broadcasting outfits in the country, is before the House of Representatives.

The bill exclusively obtained by VANGUARD on Monday, is sponsored by Rep. Unyime Idem(PDP-Akwa Ibom).

The Bill amends Section 2(1) of the Principal Legislation to read that the NBC, will “regulate and review through its broadcasting codes, the tariff being charged by the Digital Satellite Television Services and other broadcasting outfits in Nigeria and subscription policy for subscribers”.

“Set and review the broadcasting code and operational policy inclusive of its pricing and charged tariff from time to time, to allow for flexible players in the industry, review the broadcasting rights of every Digital Satellite Briadcast industry from time to time, to create room for flexible practice in the industry, the commission shall have the reserved sold right, to oversee the implementation of this process, without any interference”.

Recall that on Tuesday, June 30, 2020, the NBC, during a public hearing organised by the House of Representatives, ordered MultiChoice/ DSTV to suspend new tariffs.

The Acting Director General of Nigerian Broadcasting Commission, NBC, Mr. Armstrong Idachaba, ordered the management of MultiChoice, to suspend the implementation of its new hiked tariffs on different bouquets on its Digital Satellite Television, DSTV Besides, the Minister of Information and Culture, Alhaji Lai Mohammed, also disclosed Federal government’s plan to break the Sporting rights monopoly of DSTV.

The duo spoke at the National Assembly, while briefing members of an Ad Hoc Committee looking into the hike in tariffs.

“I want to agree, with the Committee and call on DSTV to suspend the hike in tariffs”, Idachaba, said when pushed by the Committee. Earlier, Mr Mohammed told lawmakers that he already signed a code, to break the monopoly of MultiChoice in the country.

Members of the Committee, warned that the Pay As You Go platform introduced by the Multichoice for digital satellite communication needed to be The then Chairman of the House Ad-hoc Committee on "Pay As You Go" Rep Idem who is also the sponsor the Bill, and other lawmakers quizzed the Minister of Information and Cultre Alhaji Lai Mohammed on the new payment template issued by Multichoice for payment of DSTV subscription, as they decried the high cost of tariffs. Unyime, had argued that the House viewed the increase in the price of subscription of satellite television on the Pay As You Go system as an affront that must be immediately suspended.

Do You know? Abuja Airport is Name The Best Airport In Africa in Year 2020
Actress Rachel Oniga Died From Heart Disease Not COVID-19 - Family Releases Statement
Share to...