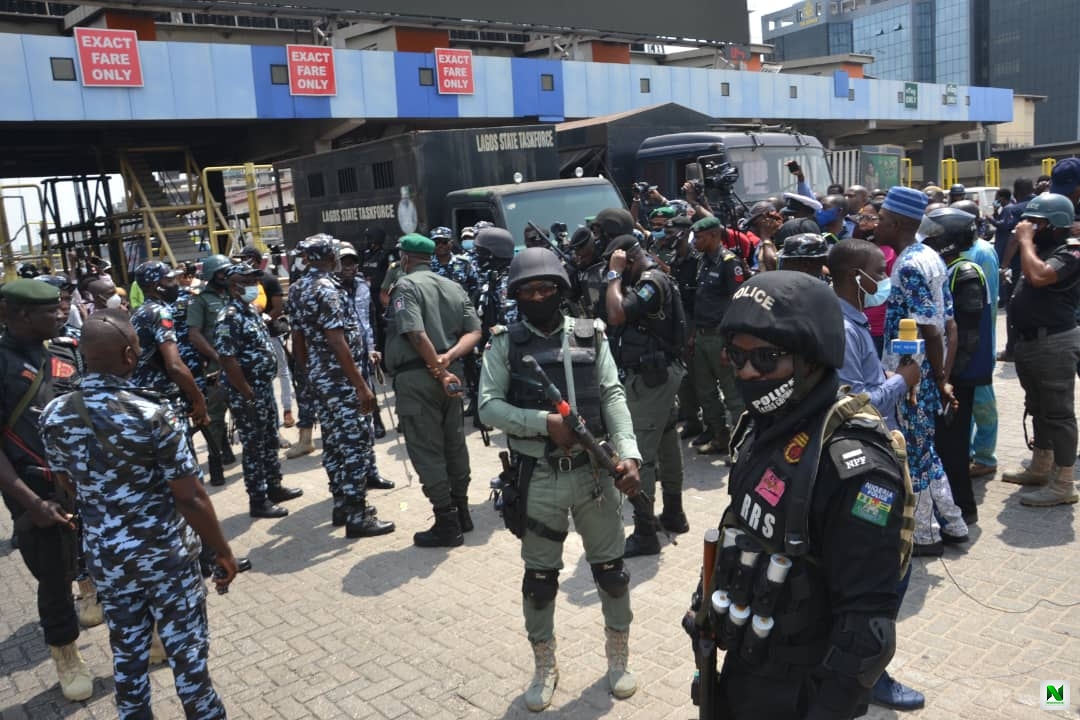 The Human Rights Writers Association of Nigeria (HURIWA) has condemn the clampdown and arrests of peaceful protesters at the controversial Lekki Toll Gates in Lagos State.

The National Coordinator of the rights group, Comrade Emmanuel Onwubiko, said on Saturday in Abuja that the conspiratorial silence of the Nigerian Police and the Department of States Services to the open backing of armed herdsmen by Bauchi State governor Bala Mohammed and the call for arms by the Kano State chairman of the All Progressives Congress (APC) Abdullahi Abbas, is condemnable, especially that the Federal government is showing double standards and gross violations of human rights of protesting citizens who are law abiding and peaceful threatens constitutional democracy.

HURIWA which compares the current administration’s bloody attacks of peaceful protesters in Lekki Toll Gates Lagos and in almost the entire peaceful marches by citizens since the last six years to the military junta in Myanmar, said that the President Muhammadu Buhari-led administration is increasingly becoming dictatorial and totalitarian which goes against the Nigerian Constitution upon which basis they were elected by Nigerians who are the owners of the sovereignty of Nigeria.

According to him, the public demonstrations are democratic ways of passing on information of existing grievances to the elected leaders of the nation state just as the group said any attempt to suppress democratic freedoms of expression and peaceful Assembly is a coup against democracy and the Constitution.

“The crackdown on peaceful protesters in Lekki Toll Gates Lagos this weekend is a grave affront to the core principles and values of constitutionalism and democracy,” Onwubiko said.

He warned that action of the Lagos State Police command could motivate activists from across the country to pour out on the streets to carry out solidarity marches.

He said that the brutal arrests of these activists by the police under the command and control of Mohammed Adamu, is offensive to all known international human rights conventions, treaties endorsed by the Nigerian State and domesticated by the municipal law and the Grund Norm of Nigeria.

The Rights group said the Nigerian Police not being a law making body under section 4 of the Constitution has no authority or legal powers to stop the exercise of these protected and guaranteed fundamental freedoms of the citizens which in any event can not even be legislated against except and unless otherwise decided by the competent Court of law in line with section 6 or during periods of national emergency declared so by the legislative process.

He said that there was the constant harassment of the economist and a former Deputy Governor of Central Bank of Nigeria (CBN), Dr. Mailafiya Obadiah by the DSS and Police over his comments on insecurity in the nation while the Bauchi State governor Bala Mohammed supported the terror actions of armed herdsmen but the security forces have not acted.

He also said same was the case of the Kano APC state Chairman who called on the supporters to decisively deal with any person or group of persons that will attempt to embark on any form of electoral rigging on election day come 2023.

Politicians Should Not See Elections As Coup - Goodluck Jonathan
Treat Mastorbation: Here Are 15 Rich In Zinc Food To Help Recover Fast
Share to...