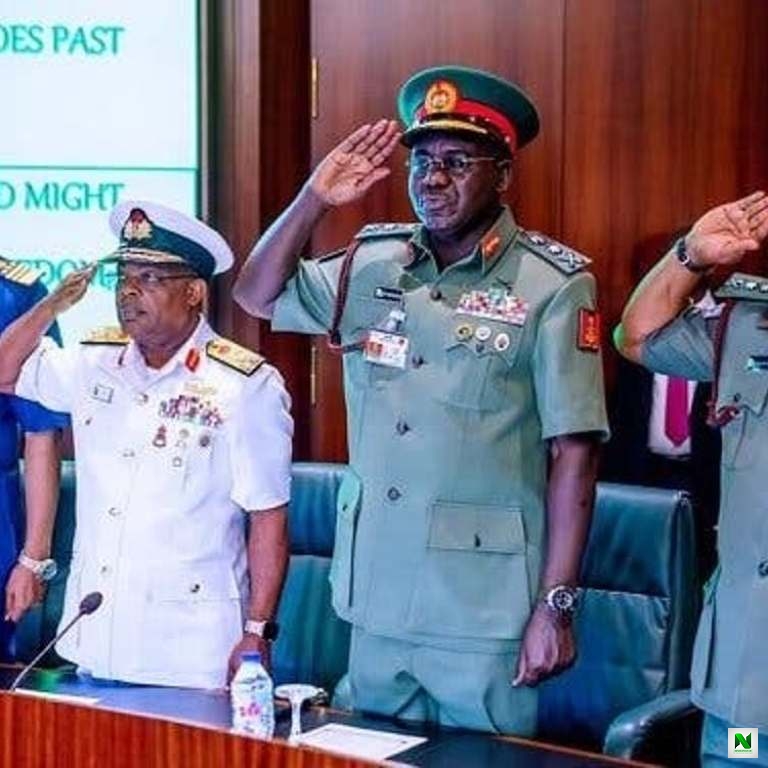 Former Director General of the Nigerian Institute of International Affairs, Prof Bola Akinterinwa, has said the President, Major General Muhammadu Buhari (retd.), has the right to nominate all the service chiefs who were changed last week as non-career ambassadors.

Akinterinwa, however, said there was no assurance that countries like the United States and the United Kingdom who had accused the service chiefs of crimes against humanity would accept the former service chiefs as diplomats.

He spoke on a PUNCH Online interview on Thursday.

Earlier, the Presidency on Thursday said the names of the ex-military commanders were sent to the Senate for confirmation.

But Akinterinwa doubted that the ex-service chiefs who were believed not to have performed at home would perform outside the country.

“When you bring somebody who is perfectly trained to kill to come and engage in diplomatic negotiations at a critical time that globalisation is now a major issue, I think that Mr President is making haste slowly and in this case, he is killing diplomatic initiatives well in advance, this is killing Nigeria softly.”

The former NIIA director general said certain countries like the US and UK which had fingered the immediate past service chiefs of crimes against humanity were not likely to accept the ex-military commanders as ambassadors.
‌
He stated, “The main problem any of the (former) service chiefs may have is that the international community have been speculating that they have violated human rights, that under their watch some people have been killed recklessly without due regard to both international law and international humanitarian law.”

“It depends on the country they will be posted to. If you send a service chief as an ambassador to the United States for instance, what will you expect? US is one of the countries that have accused the service chiefs of having violated human rights. Do you think they will be able to survive in that case in terms of negotiating skill? Not likely. If you send to Britain, the same thing.

“If you send to probably Cote D’Ivoire, Togo, Venezuela, all those places where strategic interest do not constitute the issue, in this case, yes, they may do well but you need someone who is very conversant with a very dishonest manner of operating international politics. International politics is very dishonest, everybody is struggling to undermine the other and you need a sophisticated career ambassador,” the diplomat added.

Continuing, Akinterinwa said, “A country can accept and may not accept (an ambassadorial appointee). The obstacle here even though there is rule of reciprocity if we name one and you refuse to accept, we too have the right to reject your own.

“But it is generally not done. When you present a candidate to a country, rather than writing you a bad letter to say they reject, they may keep quiet. So, long silence, no reply simply means rejection. That is the context under which we call them persona non grata – that is unwanted person.”

CBN New Policy On Cryptocurrency: What You Should Know
Treat Mastorbation: Here Are 15 Rich In Zinc Food To Help Recover Fast
Share to...