#OccupyLekkiTollgate Protest: This Is What Lekki Toll Gate Looks Like Today (Photos)
By 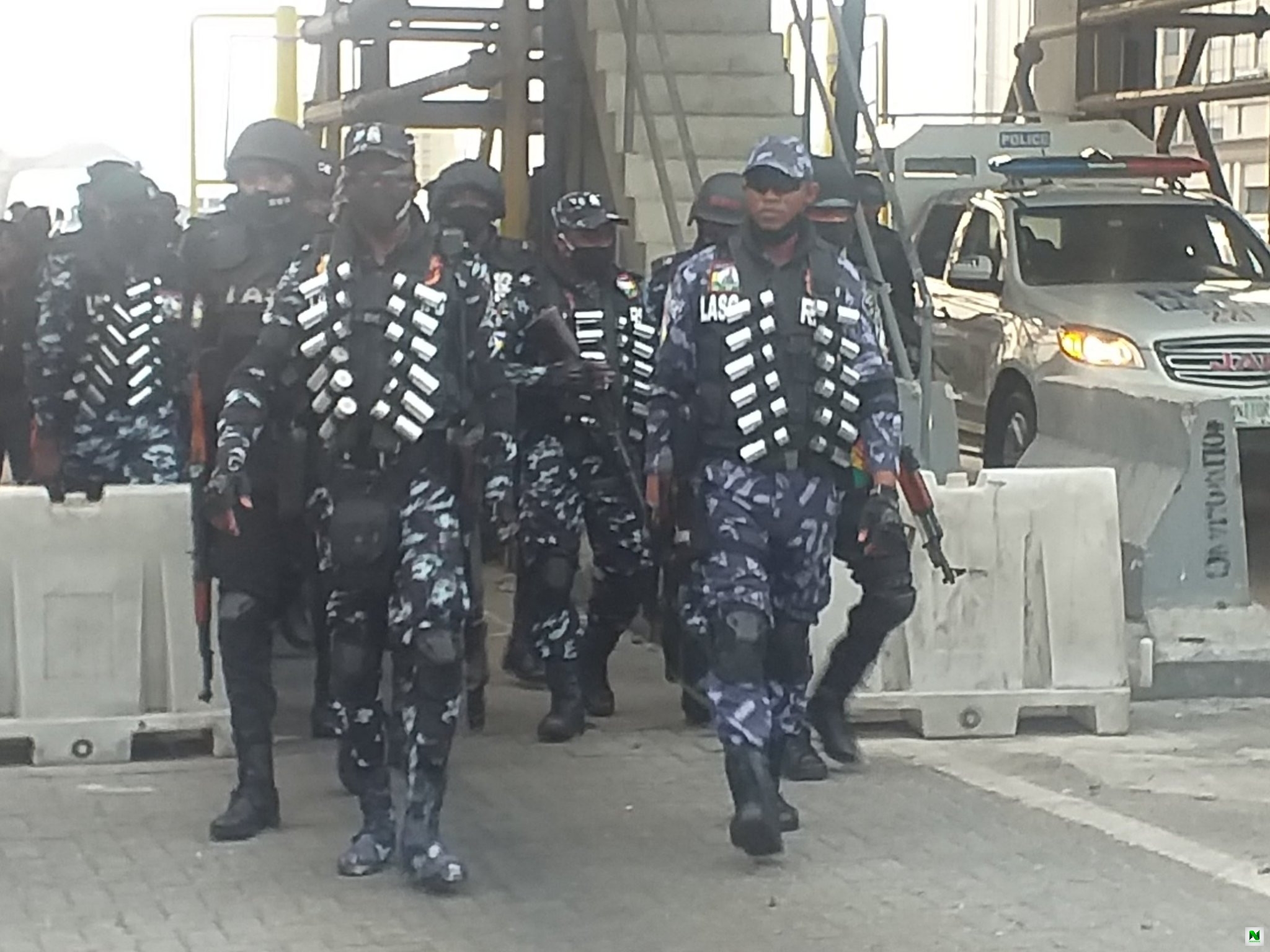 Operatives of the Lagos State Police Command have put on a show of force at the Lekki tollgate ahead of a planned protest to occupy the tollgate on Saturday, February 13, 2021.

The operatives who were led by the head of the Rapid Response Squad, CSP Yinka Egbeyemi, also visited Ikoyi, Jakande Roundabout and Eti-Osa Areas of the state.

Egbeyemi also led his men to Obalende which yesterday witnessed unrest as a result of a clash between rival factions of the National Union of Road Transport Workers in the state.

The RRS shared pictures from the exercise on Twitter, stressing that it was done to deter crime as well as boost the morale of the officers in the areas.

“CSP Yinka Egbeyemi is presently leading a team of police officers on a show of force to Lekki Toll Gate (Admiralty Plaza) Obalende, Ikoyi, Jakande Roundabout, and other areas in Eti Osa as part of efforts to deter crime as well as boost the morale of his officers in the areas,” the pictures were captioned.

The organisers of the protest planned for Saturday are kicking against the decision which allowed the Lekki Concession Company to take back control of the Lekki tollgate where #EndSARS protesters are alleged to have been shot by soldiers of the Nigerian Army on October 20, 2020.

The decision was made last Saturday by the Lagos Judicial Panel of Inquiry and Restitution for Victims of SARS Related Abuses and Lekki Toll Gate Incident.