Meet Aisha Yesufu, The Woman Who Beat All Odds, Tear Gas And Police Harassment To Lead The Abuja #EndSARS Protest (Photos)
By 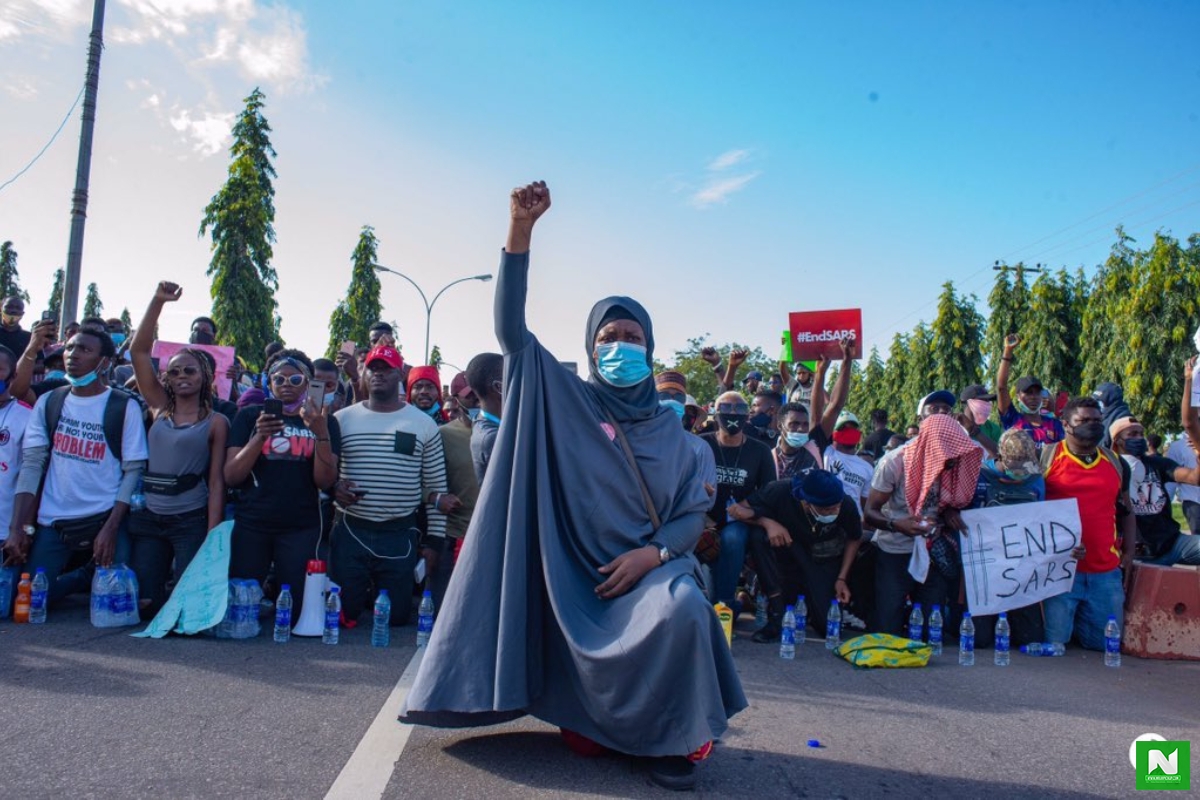 Aisha Yesufu is the heroine of our time and the greatest to ever do it in our generation.

The name sure rings a bell since she trended on all media platforms throughout the week for her heroic display during the #EndSARS protest in Abuja. She is the biggest thing to happen to the youth of Nigeria in times like this and I fear it will take decades to get her type when she is no more.

She is a Nigerian social and political activist who came to prominence for her role in speaking up for the abducted Chibok schoolgirls in 2014 and the co-convener of the Bring Back Our Girl (BBOG) campaign that tirelessly held protests across the country demanding for the rescue of the 276 schoolgirls kidnapped by terrorists in Chibok.

Aisha Yesufu won the hearts of Nigerians and the world people when she stood her grounds to fight for the disbandment of the Special Anti-Robbery Squad (SARS). She was tear gassed, and harrassed by the police for leading the protest in Abuja.

Her tremendous role in getting SARS abolished did not go unnoticed as social media users have spoken highly of her whilst others have named her the greatest heroine alive. She represents all shades of bravery and courage, her name will remain on the lips of many when her story is written and told to the next generations.

Before I go to bed, let me say thank you to @AishaYesufu Queen Ameena of our generation. May Allah plug your life in socket of success and endless happiness. Nigerians appreciate 🙏