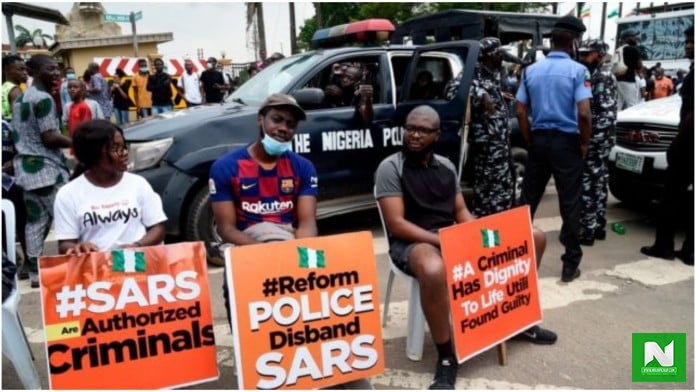 A Nigerian business owner has granted his employees one week off to join the protest against police brutality and extortion with over 50% bonus on salary.

According to Godwin who took to the microblogging platform to share a memo from his CEO encouraging staff to participate in the ongoing nationwide protest.

Memo from my CEO ”any staff interested in joining the protest is granted a week off duties but must present proof of participation in return, more so there’ll be a 50percent bonus in the salary of said staff more than 600 years for my father abeg.

justnaija recalls  Nigerian Youths have continued protests against the gross human rights abuse, including extrajudicial killings, intimidation, and harassment of citizens, by the Special Anti-Robbery Squad.

This is coming after the dissolution of the SARS unit by the Inspector-General of Police, Mohammed Adamu, on Sunday.

Rudeboy Calls On Nigerians To Become One And Select A Different Person To Lead Them In 2023
Treat Mastorbation: Here Are 15 Rich In Zinc Food To Help Recover Fast
Share to...