Top Most Common Cash Crops In Nigeria
By 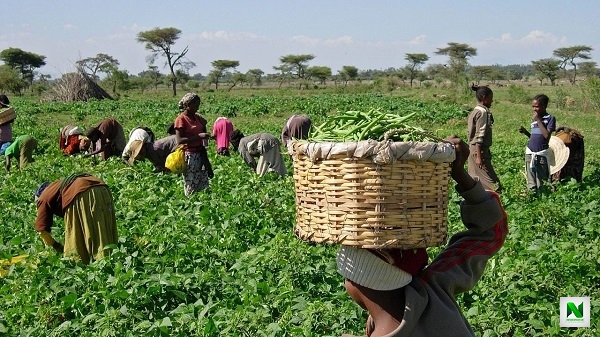 This is a full list of all cash crops in Nigeria. Before the advent of crude crude oil in the country, one of the major economic drivers of Nigeria was agriculture and it sustained the country really well until all the attention shifted to petroleum but there remain some crops in the country that if cultivated in large quantities as was done in the past, will generate huge revenues for the Nigeria and help balance the overdependence of crude oil in this part of the world.

As aforementioned, agriculture is very important in our country with about 30 per cent of the Nigerian populace actively in it. While it was the in thing in the past, there is still need to concentrate on this sector of the economy because of the massive wealth that these crops can give the country in terms of either selling them for consumption, exporting them in commercial quantities or converting them from raw materials to finished goods of economic value as Nigeria is a major producer of some of these cash crops in the world.

Even with sophisticated technology available in today’s world, commercial farming in Nigeria is limited to just a few while the many others involved practice subsistence farming, producing what is just enough for them and their families but if these small-scale farmers are really encouraged by the government, agriculture will rival crude oil in worth in the country.

That said, the crops of economic value in the country are divided into tree crops and food crops and we shall take a look at all of them as we continue in this article below and also list they States in Nigeria where they are produced in abundance.

Sorghum is widely known as Guinea Corn in most parts of West Africa and it is a major food crop in Nigeria. As a matter of fact, our country, according to data from the United Nations Food and Agriculture Organization (FAO), is the second largest producer of Sorghum in the world behind the United States.

Nigeria produced about 6.7 million metric tons of sorghum in 2019/2020 and the States in the country where Sorghum is produced in abundance are: Borno, Kano, Kaduna, Niger, Zamfara, Katsina and Bauchi, all northern States in Nigeria.

Millet is another cash crop in Nigeria that is produced in abundance in the northern part of the country. This food crop is one of the leading economic crops in the country and as at 2020, Nigeria ranks as the fourth largest producer of millet in the world, producing about 2000 metric tonnes of millet this year, behind India, Niger Republic and China.

Maize is also known as corn and it is one of the most popular food crops in Nigeria. It can be consumed after cooking, roasting or processed into variety of foods such as pop corn and corn flakes to mention but a few. Nigeria is the largest producer of Maize in Africa, overtaking South Africa and on the global stage, the country ranks tenth in the world in terms of maize production.

Almost every State in the country produces corn but the most dominant producers of maize in Nigeria are: Kaduna, Niger, Taraba, Plateau and Adamawa States.

Rice is the most popular and most loved food crop in Nigeria and this has been the case for many years now, in fact, from generation to generation. Nigeria is the largest producer of rice in Africa and the fourteenth largest producer in the world this 2020, producing about 4.6 million tonnes this year.

Rice is predominantly cultivated in the northern part of the country as well as some southern States. These States include the following: Benue, Borno, Kaduna, Kano, Niger, Taraba, Enugu, Cross River and Ebonyi. It is noteworthy to mention that rice is also produced in many other States in Nigeria that are not listed.

Beans is another popular food/cash crop that is loved by virtually everybody in Nigeria. This leguminous crop is a major economic crop in Nigeria with the country being the largest producer of cowpea in the world, producing over 2.5 million metric tonnes of the crop from an estimated 4.9 million hectares in 2020

States in Nigeria where beans is produced in abundance include the following: Borno, Zamfara, Sokoto, Kano, Gombe and Yobe States respectively.

Yam is one of the most consumed food crop in Nigeria and it is also a cash crop in its own right as our country produces it in large quantities and can export it to other countries for huge revenues. Nigeria is the largest producer of yam in the world and this is according to the Food and Agricultural Organization (FAO). The country accounts for about 70-76 per cent of the world’s yam production and if well looked into, Nigeria can generate massive revenues by exporting to other countries.

Cassava is by far the most popular cash crop in Nigeria. It is one of the most widely consumed food crops in the country as well. Foods like eba, fufu, etc are made from cassava and enjoyed in every State in the federation with different soups that appeal to the taste buds.

Cassava is also an important raw material in making alcoholic beverages, biofuels, laundry starch, to mention but a few and about 21 per cent of the world’s total production of the crop comes from Nigeria, making the country the largest producer of cassava on earth.

States in Nigeria where cassava is produced in abundance include but are not limited to Benue, Kogi, Enugu, Imo, Cross River, Kaduna, Oyo, Ogun, Ondo, Delta, Rivers, Edo Akwa-Ibom and Taraba.

Cocoyam is a root tuber and it is also produced in large quantities in Nigeria. As a matter of fact, the country is the largest producer of cocoyam in the world presently accounting for almost 40 per cent of the world’s total output. This cash crop if properly looked into, will boost Nigeria’s economy tremendously.

Sweet potato is grown in the Nigerian States of Kaduna, Bauchi, Sokoto, Benue, Anambra, Plateau and Kano. Nigeria is the second largest producer of sweet potatoes behind China and it is one of the most loved foods in the country today. If commercially exported, this root crop will boost the country’s economy significantly.

Groundnut, also known as peanut is one of the most significant cash crops in Nigeria. Its importance can never be over-emphasized. Prior to the discovery of crude oil, there were groundnut pyramids in the northern part of Nigeria, so much was in abundance as it still is today, that Nigeria was one of the leading exporters of this crop back in the day.

Presently, Nigeria is the third largest producer of groundnut in the world, behind China and India and in 2018,, the country produced about 7.8 per cent of the world’s total output. States in Nigeria where groundnut is cultivated in abundance include: Niger, Kano, Jigawa, Zamfara, Kebbi, Sokoto, Katsina, Kaduna, Adamawa, Yobe, Borno, Taraba, Plateau, Nasarawa, Bauchi, and Gombe States respectively.

Other cash crops include:

From the information above, it is easy to see that agriculture is the way forward and overdependence on crude oil is something that should gradually be phased out. Nigeria is among the largest producers of some of the world’s cash crops and this should encourage the government and other stakeholders to consider it as an alternative revenue generation tool for the country going forward.

Nigerian Veteran Nollywood Actor, Sadiq Daba is Dead.
These Were the Top 2 Nigerian Music Albums of 2021
Share to...