Davido Confirms He Will Feature In Coming to America 2
By 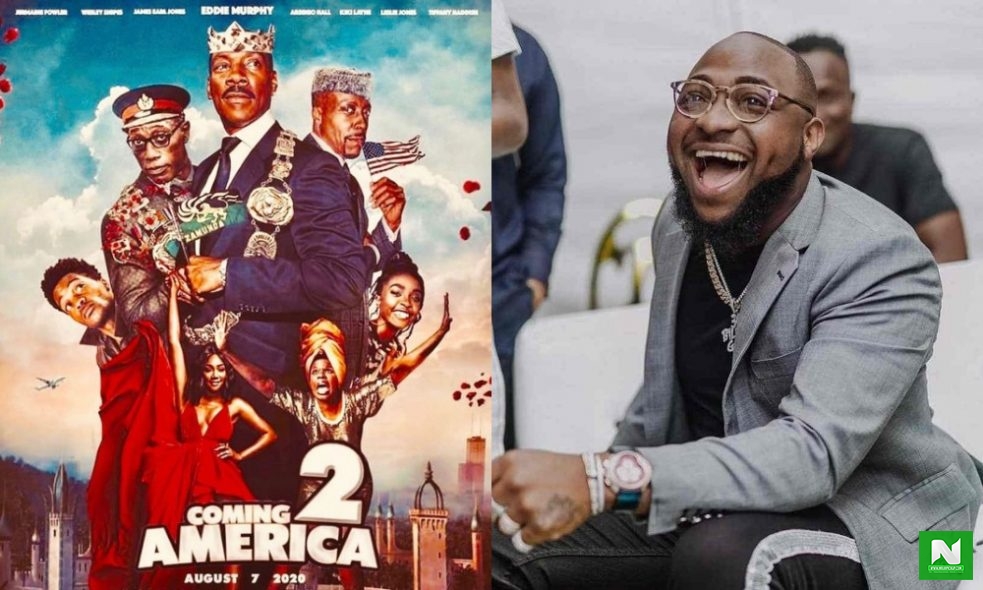 Popular Nigerian musician, Davido is set to feature in the new movie titled “Coming to America 2”.

The movie is a follow up to the original “Coming to America” that featured star Hollywood actor Eddie Murphy and was a major hit in the late 80s.

The celebrity took to Twitter to confirm the news while replying a tweet. He said: “Can’t wait”. The movie is set to be released later this year and in a post shared on Twitter, Davido was officially listed among the cast of the movie.

“Coming To America’ featured stars like Eddie Murphy, Arsenio Hall, James Earl Jones, and Paul Bates as its main cast who will be retaining their roles in the sequel.

Thousands Of Birds Drop Dead From The Sky In New Mexico (Photos)
These Were the Top 2 Nigerian Music Albums of 2021
Share to...