Video: Davidos React As Police Officer Fire Gunshot At Him
By 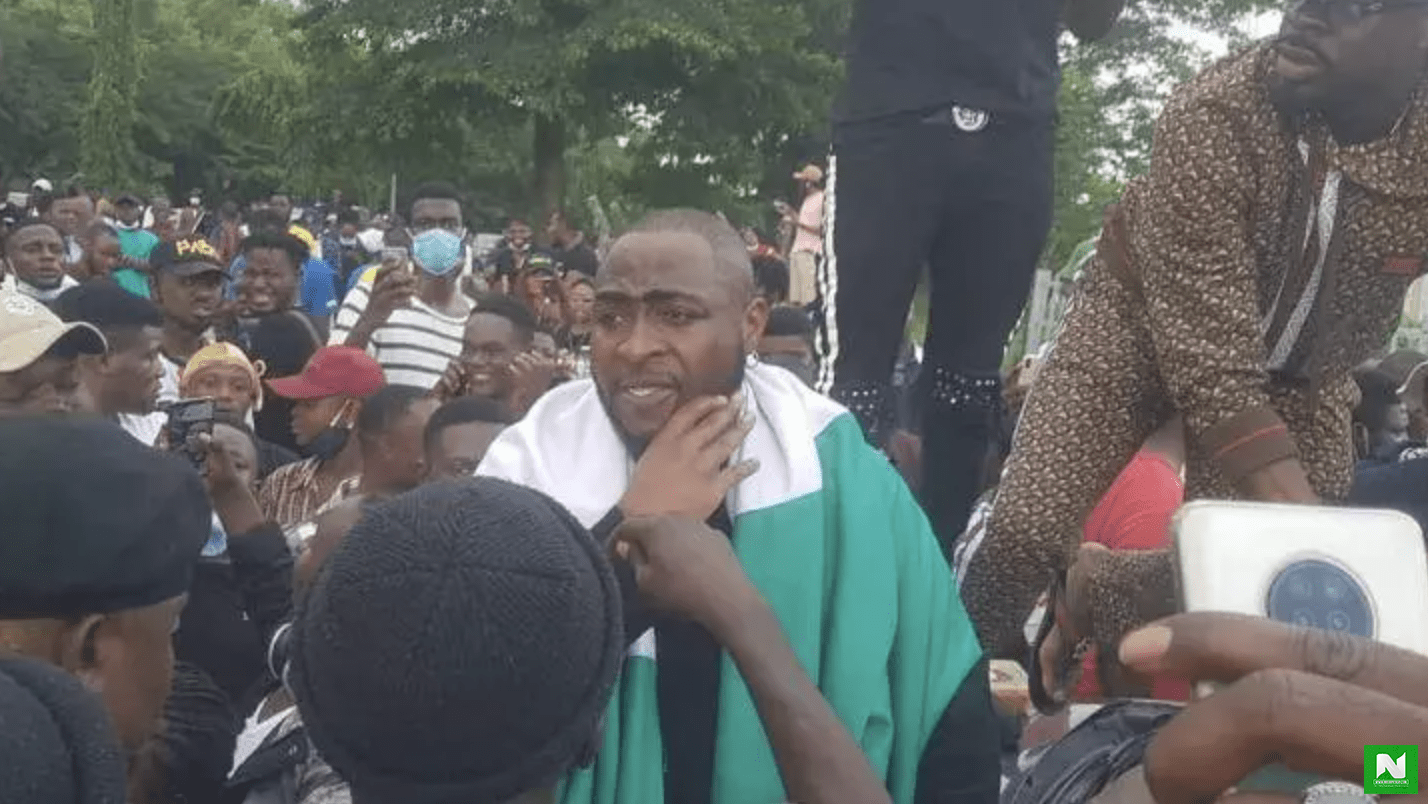 International recognised celebrity of EndSARS Davido nearly took to his heels at the sound of a gunshoot fired at him and his men.

Courageous as he is, Davido still pushed forward to let the police officers hear their cry and plead for the release of the arrested protestants.

Even though Davido got frightened at the gunshot that came towards him, he feared for his life but later realize he was safe.

The courageous leader Davido risk his life to save 20 protestant that were arrested. All the arrested protestant were save and was released.

Few moments after their release, the Inspector General Of Nigerian Police disbanded the SARS officer in all the 36 states

Watch Moment Fear Gripped Davido As He Nearly Ran Away After Hearing Gunshot During Protest
Treat Mastorbation: Here Are 15 Rich In Zinc Food To Help Recover Fast
Share to...