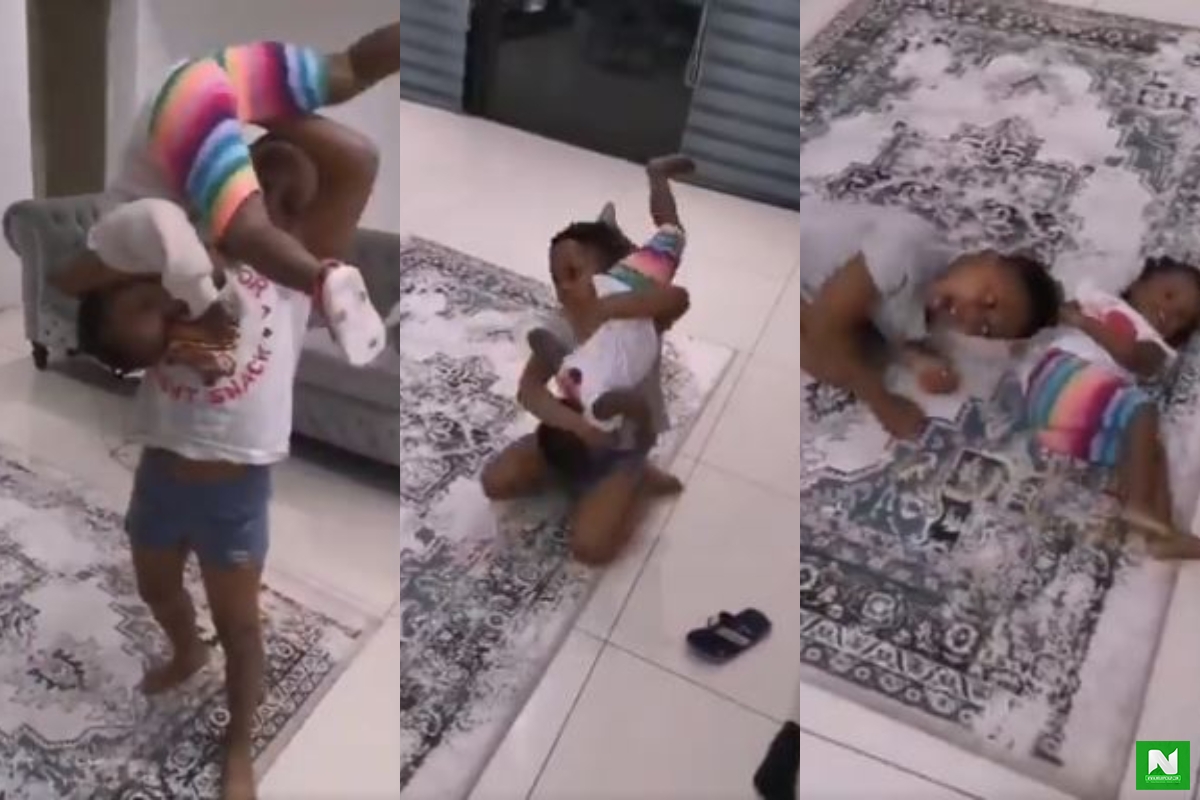 The two unidentified kids (a brother and a sister) caused mixed feelings when their video of them performing a wrestling match was first shared on the internet.

Though it is not advisable to practice wrestling at home, these kids did it to perfection by making sure none was hurt. The brother who is older than the sister was seen exhibiting all the moves with the utmost care and protection.

The sister initiated the fight by throwing the first punch which saw before the brother pretends to have been hit hard and fell unconscious on the floor. He quickly woke up, lifted her up shoulder high and performed a choke slam and spear moves on her.

Thinking she would give up, she kept fighting back, hoping to win the match.

Peter Okoye Finally Reacts After Being Accused Of Wearing A Fake Richard Mille Watch
These Were the Top 2 Nigerian Music Albums of 2021
Share to...