Fireboy Shares Terrible Before The Fame Experiences
By 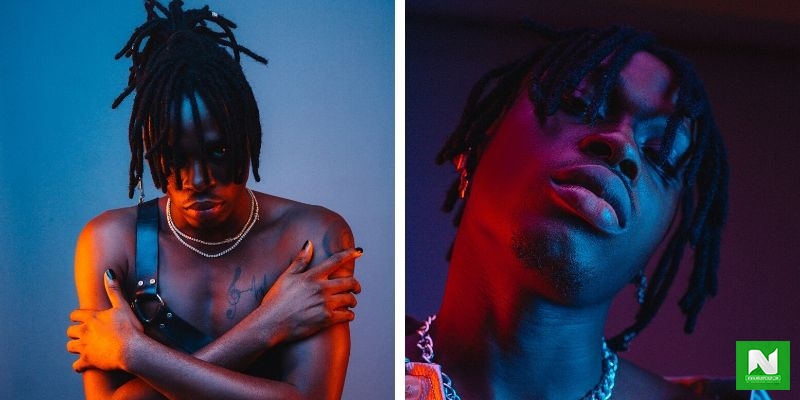 Sensational and talented YBNL music act, Fireboy has shared some of his not so great experiences before the fame.

In a recent interview with OkayAfrica, Fireboy spoke about his background, terrible experiences before fame and his new album “Apollo.” According to him, he met good people he was able to make music with and bad people who exploited his songwriting abilities.

Fireboy revealed that he wrote a couple of hit songs unknown but was not paid and unacknowledged. He said this experience was what pushed him to work harder.

“Some challenges that became a learning curve and motivation for me. I met good people who I was able to squat with while we just made music. I also met really terrible people, even popular ones who exploited my songwriting abilities.

I wrote a couple hit songs unknown, unpaid, unacknowledged, which was actually the last straw that pushed me into working harder. I knew I couldn’t afford to fail as these people have messed me up. I’m thankful to those people and the experiences”.

On his adept use of witty lyrics in his music, the OAU English graduate said he knew Wizkid, Davido, Reekado Banks had conquered virtually every style in the African music scene so all he needed was just lyricism.

“There was no doubt or pressure whatsoever because I knew that’s exactly what I needed to break in. Wizkid, Davido, Reekado Banks had conquered virtually every style in the African music scene. I just knew lyricism was what I needed; something beyond the typical vocals, vibes, beats etc. I’m good with words, so I thought to infuse it into Afrobeats and see what happens.”

Fireboy also said he was in god mode when he created “Apollo” Basically, it was like a collected chain of events. I got a deal off the joint venture between Empire and YBNL, making a project inevitable.

“I had thought about it hence my hiatus after LTG, so it just all blended. Unlike LTG, this took about two weeks because I’m in an entirely different mindspace. I knew that if I put out a LTG 2.0, it might be widely acclaimed and die off after a few months.

I was in a god-mode mindspace which explains the title of the album. Apollo is a greek god of music and poetry which summarizes my persona and how I perceive myself. Ironically, it’s named after a god but most of the songs talk about humanity and flaws.

“Airplane Mode” for instance talks about the price of fame, no matter how strong-willed you might be. For someone like myself who’s a loner, locks everyone out, and just puts my phone on Airplane mode—hence the title”.

Speaking on the most challenging song he made off “Apollo”, Fireboy said “24” is the shortest and most personal song on the album. The singer said he can’t say whats it’s about because it was difficult to express.

“24 (interlude), It is the shortest and most personal song on the album. It’s so personal, nobody understands the meaning of the song and I can’t say what it’s about. It was so painful for me to express and most difficult to make that’s why I couldn’t let out so much hence its length”.

Davido Speaks On Nicki Minaj collaboration And His Forthcoming Album
These Were the Top 2 Nigerian Music Albums of 2021
Share to...