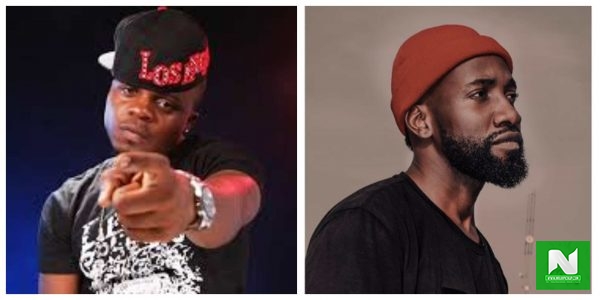 It is gathered that Olamus slumped and died in his Lagos residence on Sunday, September 27.

Olamus is reported to have managed the late Dagrin as well as a number of other notable Nigerian celebrities.

Music producer KymoKingin describes Olamus as a legend as he had made an impact in the music business.

The late Dagrin died in 2010. Born Olayitan Olanipekun Oladapo, he was involved in a ghastly car accident when his car ran into a stationary truck around 3am at Mushin in Lagos back in April 2010.

He was rescued by policemen on patrol who called his manager after finding his number on Dagrin’s last dialed list.

The late hip-hop star was rushed to Tai Solarin private hospital in Mushin before he was moved to the Lagos University Teaching Hospital, LUTH.

He died days later at LUTH from complications arising from injuries he sustained.

Known for hits such as “Pon Pon Pon,” “Gboro” and “Thank God,” the late hip-hop star was just beginning to make waves in the entertainment industry at the time of his death.

He was rapping mostly in his native language – Yoruba – and scantly in the English Language. His songs touch upon ethnicity, pride, while surviving the streets of Lagos and a hint of criticism elderly people hurls against bad behaviour.

A film of his life entitled Ghetto Dreamz starring Trybson Dudukoko and Doris Simeon-Ademinokan as his girlfriend was released in April 2011.