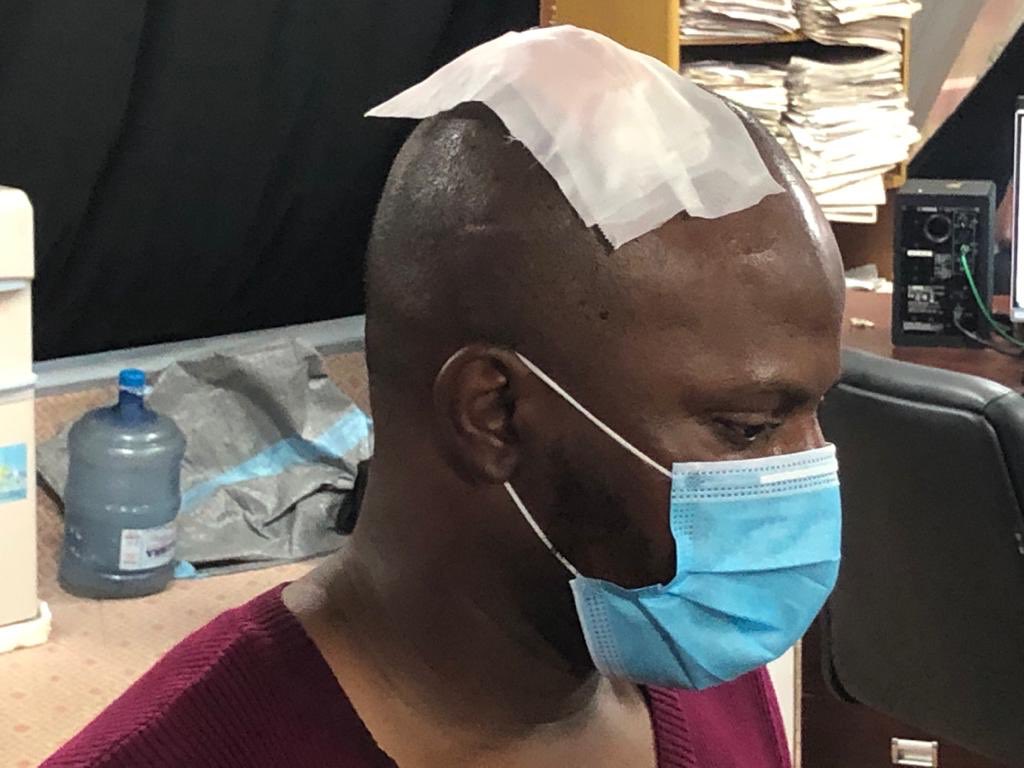 Disclosing this via a video clip, Ferdinand Duruoha, a reporter with Arise TV condemned the incident, noting that Francis head was broken by the officers who attacked them.

IGP had dissolved the unit of the force, following reports that some elements in the force, use their positions to commit various crimes.

Nigerian youths with Francis inclusive, have expressed happiness over the disbandment of SARS. Some had gone to the micro-blogging sites, (Facebook, Twitter) to appreciate the kind gesture of President Muhammadu Buhari.

However, their happiness was cut short when Police officers attacked and brutalized Francis hours after SARS disbandment.

Narrating the ordeal Duruoha said: “We took the IG’s message live on Twitter banning SARS, and on returning from that particular interview, we saw some youth along the road, protesting.

“While we were trying to speak to them and get their takes on the IG’s message, we were attacked by policemen who have brutally assaulted Francis and broke his camera and Arise news camera.

“This is the result of that brutalisation. I am about taking him to the hospital but then we just need to get this as a sign of evidence of what the police have done.”

Watch Falz, Mr. Macaroni And BBNaija Star, Prince Celebrate The Disbandment Of SARS (Video)
These Were the Top 2 Nigerian Music Albums of 2021
Share to...